The man in the park

Hope your Wednesday is going FABULOUS.  I have been having a hard time concentrating due to the heat and having no AC in my apartment... anyhow enough about me and my problems:)

I wanted to share something that I saw yesterday at the park.


I was at a park yesterday killing time until I had my next traning appointment. Since it was really hot I found a nice shady area. As I was relaxing in my car I saw a man behind my car in one of those motorized wheel chairs. His car was actually next to mine. I didn't think much of it, he kept
complaining to his wife or friend that the chair was making an annoying beeping sound. Anywho his wife or friend left to walk the dogs. He- lets call him "George" was left there by himself . I guess he was trying to get out of the chair when he fell. Mind you I dont see him fall or hear him( I guess I was enjoying a song on the radio--probably practicing my karoke.LOL)!

I just happen to look up in my rear view mirror and there is another man there and"George" is on the ground. I would have got out and helped him but the man seemed to have it under control. And thats when I learned a lesson.

Now as the man was trying to help George up all George kept saying was " Im not hurt, Im not hurt, and I dont need help I can get up on my own"! But clearly he could not, no matter how much he tried. So the guy finally gives George his cane and George takes it but still cant get up and still refuses help. Finally the guy grabs his arm and helps George get up with his cane. Then the guy proceeds to help George fold up his motorized chair and George says :its a certain way it goes and I have to do it! Finally the man leaves and George goes about doing something with that chair.

As I saw this play out I thought about me and you. I saw how pride and stubborness can cause us to stay on the ground in life(ie a rut, bad habits, addictions..) because we do not let the people that really want to help us do so. And then when we finally allow someone to help its just enough to get us off the ground but not enough to keep us off the ground. If George would have let the man help him get up initially and help him put his chair in his car, it would have saved George alot of time and stress, but instead George was stubborn until the end.

Too many of us myself included have been like George, we waste precious time in our lives fighting the very people that want to help us. Le'ts not be like George in life or in our journey of getting healthy and fit.

Allow someone who cares to help you along the way sometime. You will find it a much easier road when you allow someone to pick you up off the ground, dust you off, make sure you are okay and send you in a better direction.
We were not meant to walk alone. 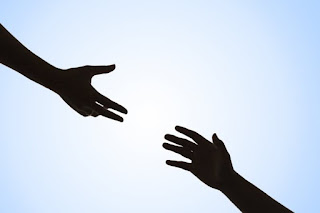 If you haven't been to check out the rest of the blog scroll down to  see how the  women from Lean Body Fit Camp  allowed us to help them and not waste time. 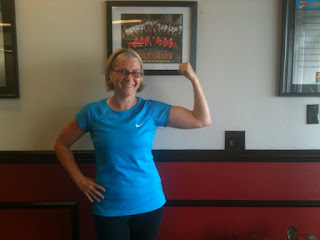 Problem: Kelly in her own words talks about what life was like prior to Lean Body Fit Camp:

“Before I began working out at Lean Body Fit Camp, I was caught in a cycle of bad habits. I wasn't eating the right food, I wasn't eating or snacking at the right times, I was drinking too much wine, and I was inactive. I was caught up in negative self-talk that I couldn't seem to shake and served to make the cycle of habits worse”.

Kelly was just like many of our clients at fit Camp, when she came in I knew she wanted to change but she didn’t have the tools to change. And that is what we gave Kelly are the resources and tools and she ran with it.


Solution: “On August 15, 2011, I started Lean Body  Fit Camp and it was one of the best decisions I have ever made. After getting through the first three months (I think these are the hardest ), my body really started to respond to the workouts and to my new eating habits. By February of 2012, I exceeded my goals and lost nearly 30 lbs! I went from a size 8/10 to a 0/2. Now, I feel like an athlete! My bad habits have been replaced with good habits and the negative self-talk has been replaced with feelings of accomplishment and pride”. 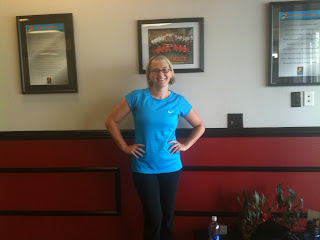 What Kelly failed to mention was that she is one of the hardest and dedicated workers at Fit Camp. We also worked a lot with her on her food selection and the amount of times she needed to eat a day. If we told her to do something whether it was tweaking her bread intake or doing a heavier weight in class she did it. Was it always perfect the first time? No nothing we ever do for the first time is perfect.  But her persistence and hard work paid off.  Its not easy, but its worth it.


Kelly's own summary of her experience at  Lean Body Fit Camp: "Lean Body Fit Camp works when you do. Chelsea and Larmar are relentless in their enthusiasm and support. The team training approach builds strong friendships and community as you work together towards common goals. And, the workouts are challenging and fun. We are always laughing at LBFC! "

I love LBFC...it's definitely a permanent part of my life....it only gets better from here!


Kelly is a perfect example of someone that came to class was willing to trust the process and herself and has gotten Awesome results. We are so proud of Kelly! If you call today you can start your free week trial and maybe say hello to Kelly in class.
IF you have a question for Kelly put it in the comment section and Ill have her answer you.

Stop procrastinationg and email or call today for your Free week trail! 562-9891217
Chelsea C.
"Some things you have to do every day. Eating seven apples on Saturday night instead of one a day just isn't going to get the job done." J. Rohn

Chelsea C.
Living life as Stress-Free as Possible, and helping others discover there dreams and live the life they desire through a healthy lifestyle and fitness!!Check us out at www.LBFitcamp.com